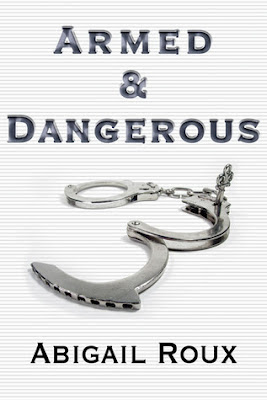 Left alone in Baltimore after his unpredictable lover bails, Special Agent Zane Garrett takes his frustration out on everything in his path until he is ordered to Chicago to back up an undercover operative. When he gets there, though, he finds himself face to face with his wayward partner, Special Agent Ty Grady. They have to deal with the uncertainty lingering between them while they work to retrieve their intended mark, a retired hit man and CIA wet-works operative named Julian Cross.

Ty, once a marine and now an FBI hotshot, has a penchant for being unpredictable, a trait Zane can vouch for. Zane is a man who once lived for his job but has come to realize his heartbreaking past doesn’t have to overshadow his future. They're partners, friends, lovers, and the go-to team for unusual cases. With Cross and his innocuous boyfriend, Cameron Jacobs, in tow, Ty and Zane must navigate the obstacles of a cross-country trek, including TSA pat-downs, blizzards, their uncooperative prisoners, CIA kill teams, a desperate lack of sleep or caffeine, and each other. Ty and Zane are determined to get Julian Cross to DC in one piece, but it’s starting to look like it might be the last thing they do.

Our heroes are armed, dangerous, and well worth the wait!

Ty and Zane are as awesome as ever… even more-so! Their relationship is finally on solid ground and there wasn’t the angst over who would pull his head out of his ass first and admit to the “L” word and that, that was so refreshing! Don’t get me wrong, I’ve loved the previous books, sometimes because of that angst, that uncertainty… but the time had come for some acceptance, moving forward, and making love where they both knew, without doubt, that that’s what they were doing!

This time our heroes find themselves traveling to Chicago to hunt down Julian Cross, the anti-hero who starred in Warrior’s Cross, with orders to deliver the man to Washington, DC, using any means necessary so long as he gets there alive. As Ty & Zane and Julian & Cameron – Julian’s lover/boyfriend - get closer to their destination, it becomes clear that what Ty and Zane had thought would be a cut and dry assignment is anything but, and that makes for one exciting cross country adventure.

I want to mention that I read Warrior’s Cross in preparation for Armed & Dangerous. since Julian and Cameron play starring roles in this book. I am so glad I made that decision, not because I needed it for any plot carryover, but because it gave me so much insight into Julian and Cameron and their relationship – insight that I can say without a doubt enhanced my enjoyment of their role in this story. That said, I don’t think it’s necessary to read Warrior’s Cross in order to truly love Armed & Dangerous.

The bottom line - Fans of the Cut & Run series will love this latest installment. Abigail Roux delivered an amazing story and did a phenomenal job of writing it solo. Any concerns I had that the book would feel different... lacking somehow... were put to rest and if it felt different at all, it felt better - it flowed seamlessly. I suppose it's possible that has more to do with the storyline itself rather than Ms. Roux's writing, but I don't think so, and only time will tell. For now all that matters to me is that I loved this book from the first page to the last – devoured every single word and I so cannot wait for the next installment!

If you love romantic suspense and m/m stories but haven't yet tried this series... you're missing out on some amazing stuff. Do yourself a favor and wait no longer - read some of the reviews, grab the books and settle in for some great times.

My gratitude to netgalley.com and Dreamspinner Press for providing me with a copy of this ebook in exchange for an honest review.
Posted by Blithely Bookish at 12:10 PM 2 comments 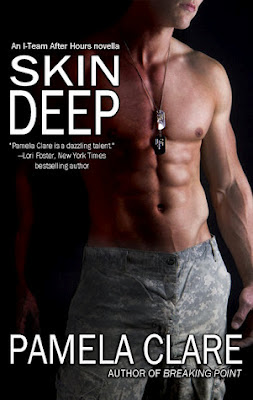 Skin Deep is a story that all of us die-hard I-Team fans have been waiting for!

Megan Hunter, Marc Hunter's baby sister, has been working hard to put her life back together after the horrific ordeal she went through years ago, and just as things are falling into place, when things are finally looking up, she gets a very unwelcome, very dangerous visitor from her past.

Nate West, a local rancher, has just delivered several cases of beef to a community shelter and as he's leaving he spots Megan, that sweet, beautiful woman he's noticed volunteering at the shelter... and she's in trouble! Being the kind of man he is, Nate steps in to kick ass and it turns out to be one of the best decisions he's ever made.

Wow, I really enjoyed this short story! Megan is all grown up, taking care of herself, moving on and not allowing herself to remain a victim. She has such strength, such compassion... I simply adore the woman she has become!

And Nate. *sigh* Nate West, a new character to the series, is all kinds of wonderful. A strong, hard working, honorable man... Nate is everything I love in a hero. He brings with him some emotional and physical scars, and this makes him all the more appealing. Apart they are wonderful, but when Nate and Megan come together they are perfect! And seeing sweet, adorable little Emily, Megan's daughter, was such a treat!

Skin Deep, the first installment of the I-Team After Hours series is a sweet, sexy story that gives our Megan the happily ever after she is so deserving of and adds another hot, alpha male to the cast of I-Team heroes!!

Bonus story! And if that's not enough, the extra little story at the end, Marc & Julian Make a Beer Run, is laugh out loud funny and an awesome revisit with my favorite team of RS heroes!!!
Posted by Blithely Bookish at 1:31 PM 0 comments

Let Me In by Callie Croix 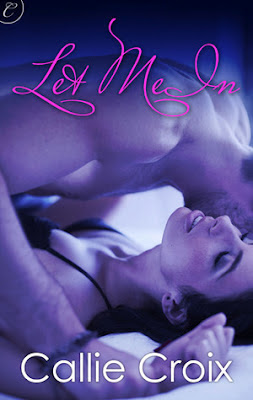 Let Me In by Callie Croix is a short, very sexy story about allowing those you love to love you back, and learning to trust that they do, unconditionally.

Marine lieutenant Talia Barnett is home on leave for the Thanksgiving holiday, and the last thing she expected was to be met at the airport by Liam Brodie, her secret crush. Talia has had it bad for Liam almost since the first time she laid eyes on him, but skeletons in her closet, fears that her mother’s illness will scare him off, has had Talia keeping him at arm’s length, unwilling to risk their friendship should he learn the truth.

Liam knows that Talia’s hiding something. He doesn’t know what, but he’s done being pushed away. When he discovers her secret and learns the reasons for Talia’s emotional distance and having only a few days to work with, he pulls out all the stops and goes after the woman he’s wanted since the first time he met her.

Talia’s story is unique – or I should say, her mother’s story is unique. The depression and the way it manifested itself is heartbreaking and seeing how deeply it affected Talia made it tragic. Early on I was drawn to Talia and her devotion to her mother, but there came a point where her insecurities became annoying and just… too much. That said, the epilogue was very sweet and left me feeling contented with this happily ever after ending.

The bottom line - As always, Callie Croix delivers a sexually charged story with the perfect amount of romance. From the first page to the last, I sighed, smiled, fanned myself and just couldn’t put this book down. I’m so looking forward to more by this author!

My thanks to netgalley.com and Carina Press for providing me with a review copy of this book.
Posted by Blithely Bookish at 1:13 PM 1 comments