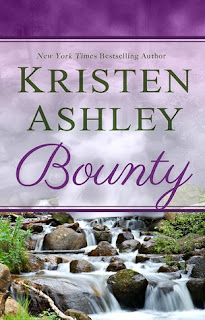 Justice Lonesome has enjoyed a life of bounty.

And when the foundation of her life is pulled out from under her, grieving, she goes to the mountains to find her oasis. She hits Carnal, Colorado and decides to stay.

Deke Hightower lost everything at the age of two. He lost it again at fifteen. His life has not been about bounty. It’s been about learning to live with less, because there’s no way to get more.

Deke’s also watched all his friends go down to the women who gave them what they needed. He wants that for himself. But he knows that search isn’t going to be easy because he’s a rider. His home is the road. That’s the only place he can breathe. And the woman who takes her place at his side has to do it sitting on the back of his bike.

When Deke meets Justice, he knows she’s not that woman. She’s cute. She’s sweet. And she’s into him, but she’s got it all and Deke knows he won’t fit into that. So he holds her at arm’s length. Establishes boundaries. And Justice will take it because she wants Deke any way he’ll let her have him.

But when Justice finds herself a pawn in a dangerous game, Deke makes a decision.

When he does, he has no idea he’s just opened himself up to bounty.

Bounty is the 7th book in Kristen Ashley’s Colorado Mountain series. It’s a story of loving hard and living big, even when your heart is breaking. In case you haven’t done a re-read of the series lately, allow me to (in Krys’s words) give you a quick recap:

“That crazy lumber guy in Gnaw Bone, hirin’ hits, kidnappin’ people and shootin’ folk. Dalton, our own personal serial killer. Fuller and his pig cops keepin’ everyone under their thumbs, framin’ Ty for murder, extraditing his ass to LA to rot in prison for five years.”

I was blinking rapidly at all her words, but Krys didn’t notice.

She was still talking.

“Thought we hit enough extreme to last a lifetime, then we had those lunatics who lost their shit thinkin’ it’d be exposed and buryin’ Faye alive. Bigger lunatic church lady holdin’ those two poor kids hostage in her basement for years. And if that wasn’t bad enough, then came those fuckin’ crazy teachers brainwashing kids into robbin’ houses. All a’ that goin’ down, no one wants near Carnal, Gnaw Bone or Chantelle. It’s the fuckin’ Bermuda Triangle of the Rockies.”

Yeah, I hadn't exactly forgotten all the crazy that happened there, but when Krys gave Justice the run-down, I'd be lying if I said I didn't laugh out loud.

For many reasons I love this story! Deke and Justice are great people. They’re fun, talented, open, compassionate… and when they come together they’re amazing. Their sexual attraction and chemistry is a thing of wonder, but it’s the way their souls fit, the way they make each other whole that won my heart.

Anyway.... as much as I love Deke and Justice, it was the time spent with Krys and Bubba, Chace and Faye, Max and Nina, Tate and Lauren, and Ty and Lexie...Shambles and Sunny, Ham and Zara, Wood and Maggie...the list goes on and on... and all this really rocked BOUNTY for me. Man, how I’ve missed the Colorado Mountains and the amazing - albeit quirky - people who live there!

Posted by Blithely Bookish at 12:00 AM 0 comments