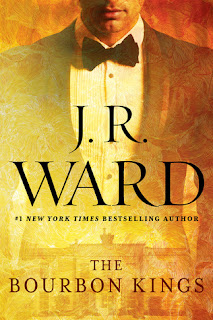 For generations, the Bradford family has worn the mantle of kings of the bourbon capital of the world. Their sustained wealth has afforded them prestige and privilege—as well as a hard-won division of class on their sprawling estate, Easterly. Upstairs, a dynasty that by all appearances plays by the rules of good fortune and good taste. Downstairs, the staff who work tirelessly to maintain the impeccable Bradford facade. And never the twain shall meet.

For Lizzie King, Easterly’s head gardener, crossing that divide nearly ruined her life. Falling in love with Tulane, the prodigal son of the bourbon dynasty, was nothing that she intended or wanted—and their bitter breakup only served to prove her instincts were right. Now, after two years of staying away, Tulane is finally coming home again, and he is bringing the past with him. No one will be left unmarked: not Tulane’s beautiful and ruthless wife; not his older brother, whose bitterness and bad blood know no bounds; and especially not the ironfisted Bradford patriarch, a man with few morals, fewer scruples, and many, many terrible secrets.

As family tensions—professional and intimately private—ignite, Easterly and all its inhabitants are thrown into the grips of an irrevocable transformation, and only the cunning will survive.
Normally I adore JR WARD's storytelling - especially her Black Dagger Brotherhood vampire series - and I've never DNF'd (did not finish) one of her books before. One might assume it's because of the genre - The Bourbon Kings being contemporary "romance" - but that's not the case here. In fact, I loved her earlier contemporary romances - which really were romances - written as Jessica Bird and can't wait for some of those stories to continue. Not holding my breath, though...

So, what's the problem, you ask? Well, here's my take on this first installment of The Bourbon Kings...

First, let it be known that I went into this story with no 'high expectations' so that's not the issue. Honestly, the short and bittersweet of it...it just didn't draw me in. The world JR WARD created just didn't do it for me. I wasn't a fan of of the night time dope-opera, Dynasty, and couldn't give a frog's fat ass who shot J.R. Other than the narrator's luscious voice there was nothing to keep me invested, nothing that had me excited about - or mildly interested in - continuing.

And that kinda breaks my heart.

When book 2 comes along, and if it can be read as a standalone story, I'll give it a shot. This is the WARDen, after all.

Purchase The Bourbon Kings at Amazon

Email ThisBlogThis!Share to TwitterShare to FacebookShare to Pinterest
Labels: contemporary romance, did not finish, jr ward