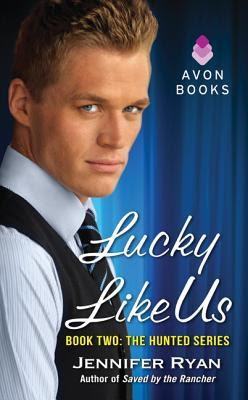 The Hunted series continues as Special Agent Sam Turner discovers that protecting the FBI's star witness is more difficult than he thought!

Bakery owner Elizabeth Hamilton's quiet life is filled with sweet treats, good friends, and a loving family. But all of that is about to turn sour when an odd sound draws her outside. There's a man lying unconscious in the street, a car speeding toward him. Without hesitation, she gets the man out of harm's way before they're run down.

Unwittingly, Elizabeth has put herself in the path of a serial murderer, and as the only one who can identify the FBI's Silver Fox Killer, she's ended up in the hospital with a target on her back.

All that stands between her and death is Special Agent Sam Turner. Against his better judgment, Sam gets emotionally involved, determined to take down the double threat against Elizabeth—an ex desperate to get her back, despite a restraining order, and a psychopath bent on silencing her before she can identify him.

They set a trap to catch the killer—putting Elizabeth in his hands, with Sam desperate to save her. If he's lucky, he'll get his man … and the girl.


Lucky Like Us is the second book in Jennifer Ryan’s The Hunted series. It’s fast paced, intriguing, sexy… a thoroughly engaging story.

I'm just going to get this out of the way, right up front: I wasn’t all that impressed with the first book in the series, so I hadn't planned on reading this one. It's not that it was awful, but it didn't WOW me enough to want to continue, but boy-oh-boy, am I glad I did! The writing is very good, the story and the relationship development flow at a believable pace and once I started reading, I didn’t want to put it down.

I loved Sam and Elizabeth, both apart and as a couple. They’re compassionate, devoted to their friends and family, honorable to a fault, and compelling people with interesting lives who ‘fit’ together perfectly. It was great to revisit Jack and Jenna, and Caleb and Summer, as well as meeting new characters whose stories need to be told.

The bottom line: Ms. Ryan has really found her storytelling mojo with this installment of The Hunted series and I’m excitedly looking forward to reading the next book in the series, The Right Bride.

My thanks to Avon Book and Edelweiss for providing me with a copy of this book in exchange for an honest review.
Books in the series:

Posted by Blithely Bookish at 5:36 PM