The River of No Return by Bee Ridgway 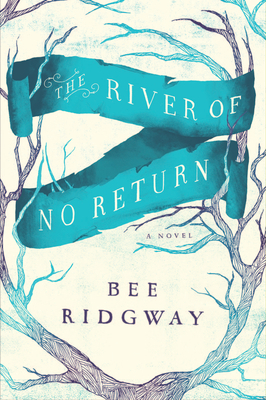 In Bee Ridgway’s wonderfully imaginative debut novel, a man and a woman travel through time in a quest to bring down a secret society that controls the past and, thus, the future.

“You are now a member of the Guild. There is no return.” Two hundred years after he was about to die on a Napoleonic battlefield, Nick Falcott, soldier and aristocrat, wakes up in a hospital bed in modern London. The Guild, an entity that controls time travel, showers him with life's advantages. But Nick yearns for home and for one brown-eyed girl, lost now down the centuries. Then the Guild asks him to break its own rule. It needs Nick to go back to 1815 to fight the Guild’s enemies and to find something called the Talisman.

In 1815, Julia Percy mourns the death of her beloved grandfather, an earl who could play with time. On his deathbed he whispers in her ear: “Pretend!” Pretend what? When Nick returns home as if from the dead, older than he should be and battle scarred, Julia begins to suspect that her very life depends upon the secrets Grandfather never told her. Soon enough Julia and Nick are caught up in an adventure that stretches up and down the river of time. As their knowledge of the Guild and their feelings for each other grow, the fate of the future itself is hanging in the balance.


"We are cowards, really, we time travelers. We cheat death over and over. Jumping away from one story into another. Always pursuing the hope of another day."

When I was contacted and asked to consider reading and reviewing this story, my first reply was something to the effect, “It sounds great, but I don’t do time travel.” The reply I received in return thanked me for my honesty, asking me to reconsider because this time travel story is different. I thought - but kept that thought to myself - “Yes, that’s what they all say,” but I agreed, even though I was certain I’d only make it through five or so chapters before tossing in the towel. And yet, here I am, forty-six chapters later, so very happy that I did reconsider because this turned out to be a very enjoyable, thought provoking story.

The River of No Return is not science fictiony, nor is it steeped in fantasy or magic. And while this is a romance, and there is some steam, the majority of this story is about the Guild, the Ofan, time travel, and how sometimes the things we do, no matter how small, can change the future, for good or for bad. The world Bee Ridgway has created is complex, and if I give my imagination free rein, I can almost believe it’s possible that such a world exists.

There are many players in this story, and all of them are characters who 'fit,' regardless of their time; past, present, or future. Each is a person with a life they left behind through no choice of their own, and that makes them people I feel for, people I wonder about, and people I want to know better.

The bottom line: Ms. Ridgway has taken a genre that has, until now, completely turned me off, and has given it a fascinating plausibility that's more than just entertaining, it's compelling. This isn't a quick read, but I thoroughly enjoyed every minute of the story. I do wish there had been more time given to Nick and Julia and their growing relationship - what can I say? I'm a hopeless romantic - but the world is so intriguing that I was completely captivated, start to finish.

I'm hoping there will be more books to come because I absolutely must find out what becomes of Jem.

My sincere thanks to Sarah at Dutton Adult, Penguin Group, for offering a copy of this story in exchange for an honest review. I'm sorry I doubted you...

Posted by Blithely Bookish at 2:00 AM