Summer of the Eagle by Susan Edwards 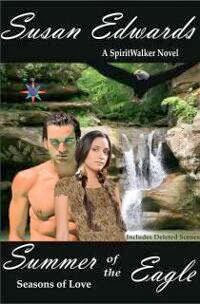 
Blaze was an outcast among her people and the most powerful healer in her tribe. Though she used her impossible abilities only for good, her people were afraid of her. Even her father, who was her tribe's medicine man, feared her. She herself feared some of the things she could do. And her dreams -- those dreams of a young child and the two slaughtered birds -- were more terrifying than anything.

But it was a season of change. Blaze saw answers on the horizon, keys to the secrets she needed to unravel. The winds of destiny were rising, sweeping her toward freedom and others of her kind. There was darkness in her visions but also a man: a tall, buckskin-clad stranger with golden-brown hair and eyes as green as the leaves on the trees. And though he was nothing like her, was a French trapper, his eyes promised understanding, kindness and most important, a love that would be hers and hers alone. Yes, the winds of fate were rising, and they promised a long, hot Summer of the Eagle. 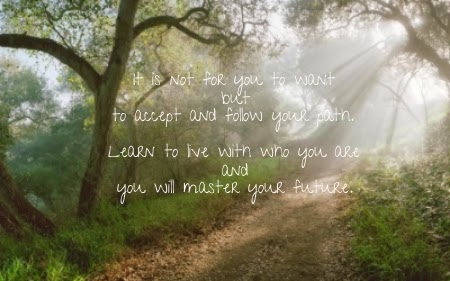 It is not for us to want but to accept and follow our paths.
Learn to live with who you are and you will master your future.

Summer of the Eagle is the first book in the Seasons of Love series, and I really enjoyed this story, though it wasn't quite what I had expected. I'd assumed this would be another of Susan Edwards' beautiful Native American Historical Romances - and it was definitely that, and more.

What makes this story so special, in my mind, is the way Ms. Edwards used NA folklore to weave an exciting fantasy tale featuring shifters, healers, and amazing characters who I couldn't help but love. Often when reading NA stories we hear of these otherworldly beings, spoken of as legends, by tribespeople sitting around campfires, but in Summer of the Eagle we get to witness them as they are brought to life, and I loved that!

This story is romantic and steamy and encompasses many things but most importantly, I believe, is that it's about opening yourself up to any and all possibilities and learning to accept who you are, who you can be, and loving yourself for both. For in doing so your life will be filled with unimaginable joy and a happily ever after you only dreamed of.

Though not without some minor flaws and moments it seemed that the story dragged - or maybe it was just the tranquil flow of some scenes - I was completely captivated by the world, the culture, and the people Ms. Edwards has created, and I look forward to more of the Seasons of Love series!

An ARC was provided by the author in exchange for an honest review. It was a pleasure!

Note: The copy I read from is an ARC and there were quite a few misplaced quotation marks which I think were probably caused during the formatting process.

Posted by Blithely Bookish at 9:49 AM