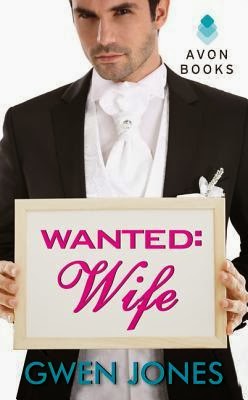 Andy Devine is advertising for a wife on a utility pole, and interviewing him is the last thing TV reporter Julie Knott needs. Especially after her cheating fiancé just tweeted their disengagement. Now she has got to choose:
Get the story — or become it?

* Handsome, but with old-school communication skills and a secret past *

For Marriage and Family

* What could possibly go wrong? *


When reporter Julie Knott answers an advertisement placed on a utility pole by a man wanting to interview potential wives, she does so in hopes of a story, never dreaming she'd end up his wife. But that's exactly what happens when one disaster after another makes Andy Devine her last hope of salvaging her career and her self respect.

Life with Andy is more than Julie could have ever imagined it would be, and Andy feels the same way about her. They get along well, bot in bed and out, and given life on the farm, that's saying a lot. Things are going better than either could have hoped for until, that is, Julie utters the "love" word and quickly discovers there's so much more to Andy than meets the eye, and it's heartbreaking.

Can Julie find a way through the fortress Andy has built around his heart so they can find a happily ever after despite the odds, or are Andy's secrets too much for them to overcome?

I can't even tell you what a surprising delight WANTED: Wife turned out to be. There's so much more to this story than just a cutesy contemporary romance, and I enjoyed every single bit of it! Andy is a super sexy French talkin' hottie and I want an Andy for myself!

I'm blown away by the idea that this is Gwen Jones' debut novel, because it doesn't read like one at all. Ms. Jones is an incredibly gifted storyteller and I'm looking forward to reading more!

ARC provided by Avon Books in exchange for an honest review.