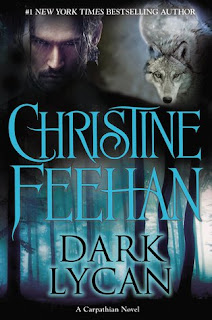 Tatijana of the Dragonseekers spent centuries encased in ice with her sister, trapped in limbo between life and death, never speaking to a soul other than those who tormented her. Now, she has been freed from her frozen prison by an unknown descendent. Awakened in human form, Tatijana yearns to explore the modern world in which she now lives—a world with more mysteries than she is prepared for.

Fenris Dalka has returned to the Carpathian Mountains after a long absence to be with his brother. He is scarred by centuries of battle, and every hard-won victory. But the real reason for his return home could prove deadly if discovered by the wrong man—or woman. Upon his arrival, he is compelled by a beautiful and enigmatic stranger who carries the scent of fresh earth, of forest, of the night itself.

In time Tatijana and Fenris will discover all that unites them—their secrets and pasts, their predators, and the hot flush of passion that stirs their souls. Yet just as surely, seduced into the silvery darkness of a full-moon night, they’ll also discover everything ancient and evil that exists to destroy them.


This book is absolutely amazing. I'm not joking when I say that, start to finish, Dark Lycan is white knuckles, edge of your seat action. As I said before, the Carpathian's world is changing in ways I never imagined it would. It's becoming more dangerous, more complex, and the stories are almost impossible to put down!

Tatijana of the Dragonseekers lineage, after centuries of captivity at the hands of her depraved great grandfather Xavier an evil and powerful Mage, is tired of resting. She's finally free and she's ready to spread her wings - no pun intended - and learn of the world that evolved while she was trapped in an icy tomb. While out and about she finds herself in the company of Fenris Dalka, a man who is much more than he appears to be, a man with secrets he wants to keep hidden. It doesn't take long for them to realize that they are lifemates and, once they do, the passion they share sets the pages on fire.

I am always amazed at Christine Feehan's imagination. The worlds she creates are unlike any others in their genres - and if there are similar worlds it's likely because she was copied. The stories are fast paced, exciting adventures filled with danger, romance and passion. They keep you guessing, keep you trying to puzzle out the problem, and keep you turning the pages into the wee hours of the night - or morning.

I'm thrilled to have picked up the Carpathians again. I didn't realize how much I was missing them!