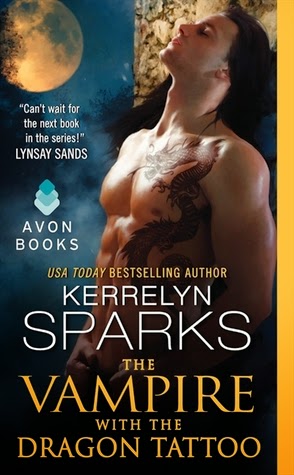 He's Out of Control


Dougal Kincaid has something to prove. After being injured in a battle with the Malcontents, he's ready for active duty protecting unsuspecting mortals from these villainous vampires who want to rule the world. But first he has to get control of himself . . . because just the sight of a certain lovely doctor has his injured hand doing some peculiar things, not to mention the sizzling sensation that burns along his dragon tattoo.

Vampires? Vampires?! As a scientist, Leah is having trouble believing that these immortal creatures exist. But there they are, standing in front of her, asking for help in solving a genetic puzzle that can save mankind. There's even one in a sexy kilt! Just one look into Dougal's gorgeous green eyes sets her pulse racing. But can she trust him—and the overwhelming desire that refuses to be ignored?


This 14th installment in the Love at Stake series has all the things Kerrelyn Sparks fans have come to expect; humor, romance, passion, and a great story of the continued battle between our beloved Vampires and the Malcontents.

I haven’t read all the books in this series, but that didn’t create any problems for me. Things that took place in earlier books – especially in regards to how the other couples met their mates – are peppered throughout the story so that we get a pretty good idea of the whos, whats, whens, wheres, and whys. And honestly, these are light, entertaining reads, perfect for those times when you’re looking to let your mind wander and get lost in a world of great characters and their unlikely circumstances.

I really enjoyed The Vampire with the Dragon Tattoo, but it was Dougal who made this story shine. Such an awesome, honorable, fierce, passionate man! And did I mention vulnerable? His insecurities made were so endearing and made me want to bring him home with me and love him til his past heartbreak was forgotten.

My thanks to Avon Books for providing me with a copy of this story. In return I’m giving them an honest review.

Posted by Blithely Bookish at 11:09 AM