Edge of Survival by Toni Anderson 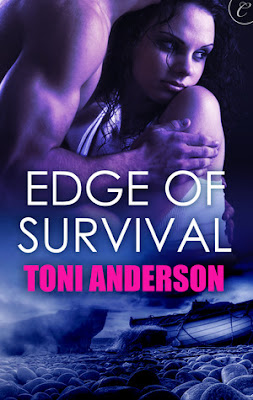 I Spread My Wings and Keep My Promise - 14 Squadron RAF

Who are my favorite heroes? Those tormented men who have served their countries with honor, risking all, asking for nothing in return… those men who look death in the face, every day, for no other reason than to make the world a safer place for people they don’t know, people they’ll never meet. Show us his pain, his demons, his vulnerabilities… give me a man like that and you’ve given me a hero I’ll fall in love with, a hero like Daniel Fox.

Who are my favorite heroines? Those strong women who have struggles of their own but refuse to give up. The women who do what they can to make a difference, to make the world a better place, however they can, who don’t let the difficulties that life has handed them stand in their way… that’s the kind of woman I would choose to be, a woman like Cameran Young

What are my favorite storylines? The ones that center around real life situations, the kinds that challenge the characters to step up and be the best people they can be. Believable, thought provoking stories that grab hold and never let go, and leave me questioning the things I’d be raised to believe… political, environmental… it doesn’t matter, as long as I finish the book asking myself what I can do to make the world a better place, that’s my kind of story… a story like Edge of Survival.

There are just so many things to love about this book that it’s nearly impossible to list them all! I’ve already mentioned the great characters and the awesome story, but another one of my favorite things is how each chapter is introduced with a saying or motto belonging to branches of the armed services, each one somehow representing the theme of that chapter. I tried to choose only a few favorites, but just couldn’t do it, so I decided to share them all:

Chapter 21: I Spread My Wings and Keep My Promise - 14 Squadron RAF

The bottom line – If you’re a fan of great Romantic Suspense like I am, and you’re always on the lookout for your next fix, then look no further. I can’t recommend this book highly enough. Edge of Survival is without a doubt, one of the most exciting, romantic, sexy stories I’ve had the pleasure of reading this year and I will definitely be looking for more by Toni Anderson.

My thanks to Carina Press and NetGalley for providing me with a copy of this wonderful book in exchange for an honest review.
Posted by Blithely Bookish at 8:16 PM