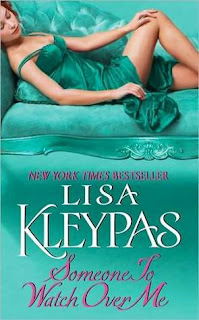 Grant Morgan is one of London's most eligible and unattainable bachelors. He's also a powerful member of the Bow Street Runners, and when he's called to the waterfront late one night to investigate a drowning victim, Grant is stunned to recognize the face of Vivien Rose Duvall, a well-known woman of the night. He's even more startled when he realizes that she's alive. With no one to care for her, Grant carries Vivien to his home and revives her, only to learn that she is suffering from amnesia.

Vivien hesitantly accepts her handsome rescuer's claim that she is his mistress, despite her misgivings about her true identity. Nevertheless, she can't deny the marks on her throat that prove her near-drowning in the Thames was not an accident, and now she must trust the man who claims her as his paramour, for her life is in danger. As Grant searches for Vivien's attacker, the two find themselves falling in love, all the while struggling to stay one step ahead of the evil forces that will stop at nothing to see Vivien dead.


I’ve been indulging myself in Lisa Kleypas’ books for the past few weeks and have come to appreciate her story telling talents. Perhaps because this is the first book in the Bow Street Runners series, it didn’t grab me quite the way her Wallflower series did. I didn’t find the characters quite as charismatic as those in her other books.

It has an interesting plot – a courtesan with amnesia being pursued by someone who is trying to kill her and the man who saved her life and is now protecting her, bent on revenge for some wrong she did him in the past. There was definitely a lot to keep the pace of the story moving quickly which is a plus because it can be tough to lay the ground work for a new series and still keep the reader’s attention. There were only a couple of instances when I wanted to skip through some of the foundation details and get back down to the nitty-gritty of the story.

Someone To Watch Over Me is a story filled with likable characters, though (with the exception of Sir Ross – but that’s another story) I didn’t feel a connection or attachment to any of them. Honestly it wasn’t until the very end of the book that I had my first “Awwww, how sweet” *sigh* moment. It occurred when Grant showed up unexpectedly at White Rose Cottage, surprising Victoria:

“What are you doing here?”
“You took too long,” he muttered with a scowl.
That statement brought a surprised laugh from her. “We agreed I would stay here a week.”
“It’s been a week.”
“It’s been precisely two and a half days,” she informed him.
“It seemed like a bloody year.”
They exchange a few more words then he asks, “And our engagement,” he asked with a set face. “Do you have an answer for me?”

I loved those few sentences more than any others in the entire book because it gave me a real glimpse into him – an overgrown boy used to getting his own way and not sure what he would do if he didn’t. I could really see that frown/scowl on his face as he nervously (though he masked it well) awaited her answer. I wish we had been given more candid peeks into the man who is Grant Morgan. I didn’t find him exceptionally charming but the sexual tension in this book was amazing. Their intimate encounters had me *fanning myself* and checking to make sure no one was reading over my shoulder and what Grant Morgan lacked in charisma, he more than made up for in heat. He is one sensual, sexual man.

Click here to purchase Someone to Watch Over Me at Amazon